跳至内容
“Never give up.” It’s probably one of the most cliché phrases you’ll hear as you’re building your career. But there’s a reason these sayings are clichés—you never know when success really does lie around the next corner.
We know believing that is easier said than done, so we collected the following stories of famous celebrities who definitely never gave up , including Sarah Jessica Parker, Stephen King, and J.K. Rowling, for starters.
All these folks are now household names, but they didn’t become one easily. Some lived in their car, others suffered family abuse, and almost all encountered rejection after rejection professionally and personally—before finally landing a foot in the door. Read on and get inspired!
1. J.K. Rowling J.K. Rowling had just gotten a divorce, was on government aid, and could barely afford to feed her baby in 1994, just three years before the first Harry Potter book, Harry Potter and The Philosopher’s Stone , was published. When she was shopping it out, she was so poor she couldn’t afford a computer or even the cost of photocopying the 90,000-word novel, so she manually typed out each version to send to publishers. It was rejected dozens of times until finally Bloomsbury, a small London publisher, gave it a second chance after the CEO’s eight year-old daughter fell in love with it.
Photo courtesy of Everett Collection / Shutterstock.com .
2. Stephen King 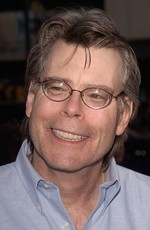 King was broke and struggling when he was first trying to write. He lived in a trailer with his wife—also a writer—and they both worked multiple jobs to support their family while pursuing their craft. They were so poor they had to borrow clothes for their wedding and had gotten rid of the telephone because it was too expensive.
King received so many rejection letters for his works that he developed a system for collecting them. In his book On Writing , he recalls: “By the time I was 14…the nail in my wall would no longer support the weight of the rejection slips impaled upon it. I replaced the nail with a spike and kept on writing.” He received 60 rejections before selling his first short story, “The Glass Floor,” for $35. Even his now best-selling book, Carrie , wasn’t a hit at first. After dozens of rejections, he finally sold it for a meager advance to Doubleday Publishing, where the hardback sold only 13,000 copies—not great. Soon after, though, Signet Books signed on for the paperback rights for $400,000, $200,000 of which went to King. Success achieved!
Photo courtesy of Featureflash / Shutterstock.com .
3. Jim Carrey 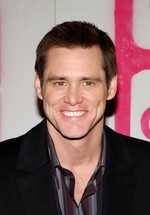 When Carrey was 14 years old, his father lost his job , and his family hit rough times. They moved into a VW van on a relative’s lawn, and the young aspiring comedian—who was so dedicated to his craft that he mailed his resume to The Carroll Burnett Show just a few years earlier, at age 10—took an eight-hours-per-day factory job after school to help make ends meet.
At age 15, Carrey performed his comedy routine onstage for the first time—in a suit his mom made him—and totally bombed, but he was undeterred. The next year, at 16, he quit school to focus on comedy full time. He moved to LA shortly after, where he would park on Mulholland Drive every night and visualize his success. One of these nights he wrote himself a check for $10,000,000 for “Acting Services Rendered,” which he dated for Thanksgiving 1995. Just before that date, he hit his payday with Dumb and Dumber . He put the deteriorated check, which he’d kept in his wallet the whole time, in his father’s casket.
Photo courtesy of Everett Collection / Shutterstock.com .
4. Tyler Perry 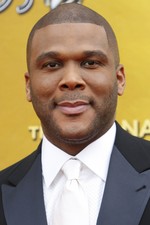 Perry had a rough childhood. He was physically and sexually abused growing up, got kicked out of high school, and tried to commit suicide twice—once as a preteen and again at 22. At 23 he moved to Atlanta and took up odd jobs as he started working on his stage career.
In 1992 he wrote, produced, and starred in his first theater production, I Know I’ve Been Changed , somewhat informed by his difficult upbringing. Perry put all his savings into the show and it failed miserably; the run lasted just one weekend and only 30 people came to watch. He kept up with the production, working more odd jobs and often slept in his car to get by. Six years later, Perry finally broke through when, on its seventh run, the show became a success. He’s since gone on to have an extremely successful career as a director, writer, and actor. In fact, Perry was named Forbes’ highest paid man in entertainment in 2011.
Photo courtesy of Joe Seer / Shutterstock.com .
5. Sarah Jessica Parker Parker was born in a poor coal-mining town in rural Ohio, the youngest of four children. Her parents divorced when she was two, and her mother remarried shortly thereafter and had an additional four children. Parker’s stepfather, a truck driver, was often out of work, so the future starlet took up singing and dancing at a very young age to help supplement her mom’s teaching income and feed their 10-person family.
Despite hard times and occasionally being on welfare, Parker’s mom continued to encourage her children’s interest in the arts . The family moved to Cincinnati, where Parker was enrolled in a ballet, music, and theater school on scholarship. When she was 11 years old, the family took a trip to New York City so Parker could audition for a Broadway play. The trip was a success—she and her brother were both cast, and the family relocated to New York. Parker continued to work hard and land roles, eventually becoming the title character of TV juggernaut Sex and the City .
Photo courtesy of Featureflash / Shutterstock.com .
6. Colonel (Harland) Sanders 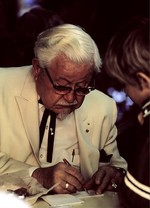 Colonel Harland Sanders was fired from a variety of jobs throughout his career before he first started cooking chicken in his roadside Shell Service Station in 1930, when he was 40 years old, during the Great Depression. His gas station didn’t actually have a restaurant, so he served diners in his attached personal living quarters.
Over the next 10 years, he perfected his “Secret Recipe” and pressure fryer cooking method for his famous fried chicken and moved onto bigger locations. His chicken was even praised in the media by food critic Duncan Hines (yes, that Duncan Hines). However, as the interstate came through the Kentucky town where the Colonel’s restaurant was located in the 1950s, it took away important road traffic, and the Colonel was forced to close his business and retire , essentially broke. Worried about how he was going to survive off his meager $105 monthly pension check, he set out to find restaurants who would franchise his secret recipe—he wanted a nickel for each piece of chicken sold. He drove around, sleeping in his car, and was rejected more than 1,000 times before finally finding his first partner.
Photo of courtesy of Wikimedia .
7. Shania Twain 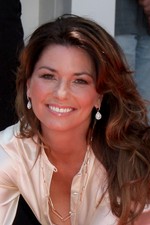 Twain’s career actually began more out of necessity than raw ambition. Her parents divorced when she was two, and she rarely saw her father. Her mom and stepfather, to whom she grew close, often couldn’t make enough to get by, so Twain started singing in bars to make extra money when she was just eight years old.
She recalls her mother waking her up at all hours to get up and perform. Sadly, when she was 21, her mother and stepfather were killed in a head-on car accident with a logging truck on the highway. Twain put her career on hold to step in and take care of her three younger siblings (who were in their teens at the time). She sang in resorts and put off going after big-time stardom until her sister and brothers were old enough to care for themselves. Only once her youngest brother graduated high school did she feel OK heading down to Nashville to pursue her career.
Photo courtesy of Helga Esteb / Shutterstock.com .
8. Emily Blunt 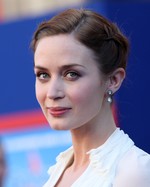 Before Blunt was getting nominated for Golden Globes and landing leading roles on the stage and big screen, she could barely carry a conversation with her classmates: Between ages seven and 14, Emily had a major stutter. As she told W magazine, “I was a smart kid, and had a lot to say, but I just couldn’t say it. It would just haunt me. I never thought I’d be able to sit and talk to someone like I’m talking to you right now.”
But that all changed when one of her junior high teachers encouraged her to try out for the school play—a totally unappealing feat given the fact that she had such a hard time communicating. But the teacher kept gently pressing and suggested she try accents and character voices to help get the words out—and it worked. By the end of her teens, Blunt had overcome her stutter and went on to achieve the successful career she has now.
Photo courtesy of DFree / Shutterstock.com .
9. Oprah Winfrey 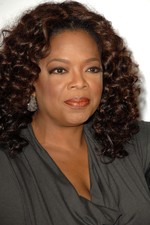 Oprah’s dealt with a lot throughout her public life—criticism about her weight, racism, intrusive questions about her sexuality, just to name a few—but she never let it get in the way of her ambition and drive. When you look at her childhood, her personal triumphs are cast in an even more remarkable light.
Growing up, Oprah was reportedly a victim of sexual abuse and was repeatedly molested by her cousin, an uncle, and a family friend. Later, she became pregnant and gave birth to a child at age 14, who passed away just two weeks later. But Oprah persevered, going on to finish high school as an honors student, earning a full scholarship to college, and working her way up through the ranks of television, from a local network anchor in Nashville to an international superstar and creator of her OWN network (we couldn’t help ourselves).
Photo courtesy of s_buckley / Shutterstock.com .